Long ago, (around 2011) I used to build dioramas using card, MDF board, clay, dyed sea sand and tubes of glue. It was painstaking work and the disadvantage of the cardboard was that it was far too fragile to have any longevity. Still, I learned a lot about design and stuff so nothing was lost in the effort. Besides, I had an enormous amount of fun. One of these projects was an old Station Building on the platform of Jongensklip Station which is near Caledon in the Western Cape. I had previously taken many photos of the building but struggled with the roof line.

So we went back about a year after taking the original photos only to find that the place had been demolished. The reason,apparently, was that hobos and drug dealers hung out there. Once again our social structures have let us down. All i had left were the photos and from them I drew Jongensklip Station. There’s more to this tale but it can wait for another day.

Tree near Stanford is not far from Jongensklip and the Ceres Rail Company’s Jessica pass through Jongensklip on it’s annual pilgrimage from Capetown to Bredasdorp and back.

As a complete aside I will try and create a gallery of some of the models I built. Just for interest’s sake. But not now. Perhaps in April or may 2019. 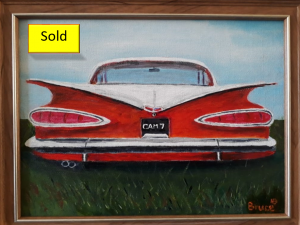